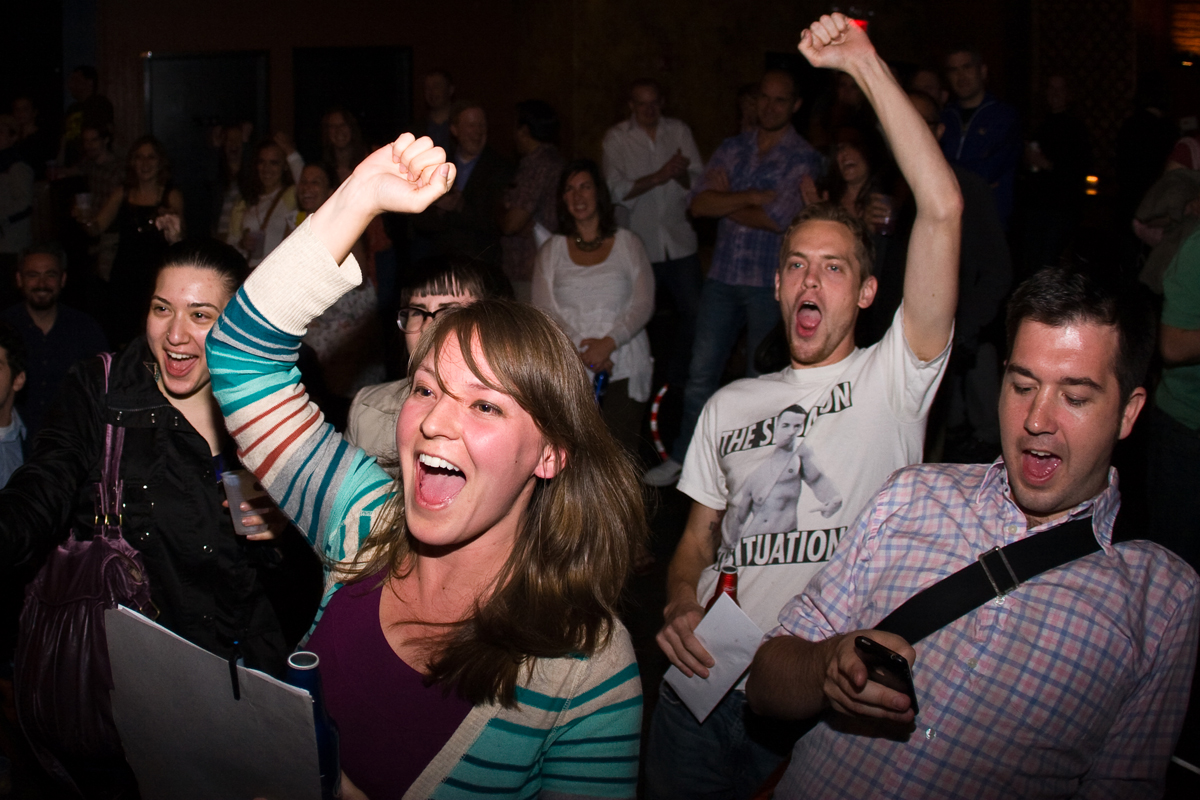 In my first job out of college, my boss hated me – admittedly, I was a bad hire and shouldn’t have been there in the first place. But alas, there I was.

My job was within the sales & marketing department of a midsized pharmaceutical company. Every fall, there was an annual meeting of about 150 members of the national sales force – the boss didn’t want me to go, however I was required to attend in order to conduct training on a certain sales tool, which for some reason I understood better than anyone else on the team.

The meeting was followed by a huge gala dinner at a local restaurant. I was speaking during the cocktail hour with one of my work buddies – a very religious guy, in fact an evangelical Christian minister in his “off time.” We were talking (or rather, good naturedly arguing) about religious stuff, and with me being Jewish, he was always teasing me about “just stopping by” the church and whatnot– again, all in good fun, since he knew I wasn’t changing beliefs any time soon.

Then, our boss came lumbering over.

He was a big guy, Irish, a former firefighter with the FDNY who went corporate. He had a beer in his hand, and I could tell by his posture and glazed look that it wasn’t his first. My friend turned to the boss and said, “Say, what do you think about Judaism?”

The boss then blurted out, “It’s fine – for an incomplete religion.”

I paused…then slowly, slowly, bent down to pick my jaw up off the floor.

Boss was looking right at me with his bloodshot eyes. He knew exactly what he’d said, and he even had the slightest hint of a smirk on his face. He then turned and ambled away.

Was I offended? You bet. Was that the last time alcohol would lead to awkwardness at a company party? Sadly, no.

Just recently, at a company team building activity in New York City for one of TrivWorks’ clients, one of the attendees showed up to the event drunk – apparently, there was a cocktail hour beforehand. It was a raucous group to begin with, a lot of loudness and trash talking. The bar stayed open throughout the event as well, so this guy just got progressively more and more sloshed, making crass comments, heckling everybody (including the trivia host) and just generally being obnoxious.

As we typically do towards the end of our NYC corporate trivia parties, I invited a group of attendees to join me onstage for an impromptu dance-off; I then tuned my attention to the guy giving the room a hard time all night, and asked him to join me onstage. The place erupted in cheers, knowing he’d finally get put in his place for his misbehavior with a good-natured ribbing onstage by the trivia host. The truth is, there’s always at least one guy at these events who craves attention, and I then reward them by bringing them onstage to do something silly – maybe dance, or sing a few bars of karaoke. It’s ALWAYS a hit, both for the room as well as for the guy, who loves it.

Well, guess what – this particular guy did NOT love it.

He came stumbling onstage to the whooping and hollering of his colleagues, turned to me, and said with a straight face, “You don’t wanna do this.” I looked at him incredulously, but I could tell within seconds he was as serious as a heart attack. He then said it again, louder, with eyes bulging and veins popping, so that the whole room could hear: “You DON’T wanna do this…I’m SERIOUS!”

The room went dead quiet. You could hear a pin drop.

I thought the dude was gonna punch my lights out, right then and there. Caught severely off guard, I apologized for whatever it was I had done (or had intended to do), and said he could sit back down. I apologized again, then looked at all the other faces staring back at me – equally confused, bewildered, not sure what to make of it.

The guy went off the stage, and left the room – he didn’t return. For the rest of the event, there was an awkward pall over the entire festivities, as everybody there – the attendees, planners, staff and me – all felt the discomfort of what had just happened.

Why am I writing about these two examples, one from years ago and one which happened recently? To illustrate that even though alcohol is undeniably a social lubricant, central to many company-sponsored after-hours events, it can also be the precursor of offensive, inappropriate or even dangerous behavior, which can ruin an otherwise positive experience. Is there an easy solution here? Unfortunately, no – not everybody can hold their liquor, and not everyone knows how to show restraint in what is supposed to be a relaxed, yet still professional, environment.

Maybe it’s time to question whether we should serve alcohol at company events to begin with?