Interview with our founder David Jacobson, “5 Ways to Reward Employees When Raises Aren’t an Option”

Every Day with Rachael Ray 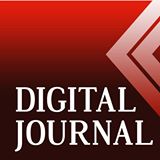 TrivWorks referenced in article on using trivia as a corporate team building activity!

CBS New York called David Jacobson’s trivia night at The Gael Pub hosted one of the best in the city!

Learn how we can create a customized trivia event for your company!