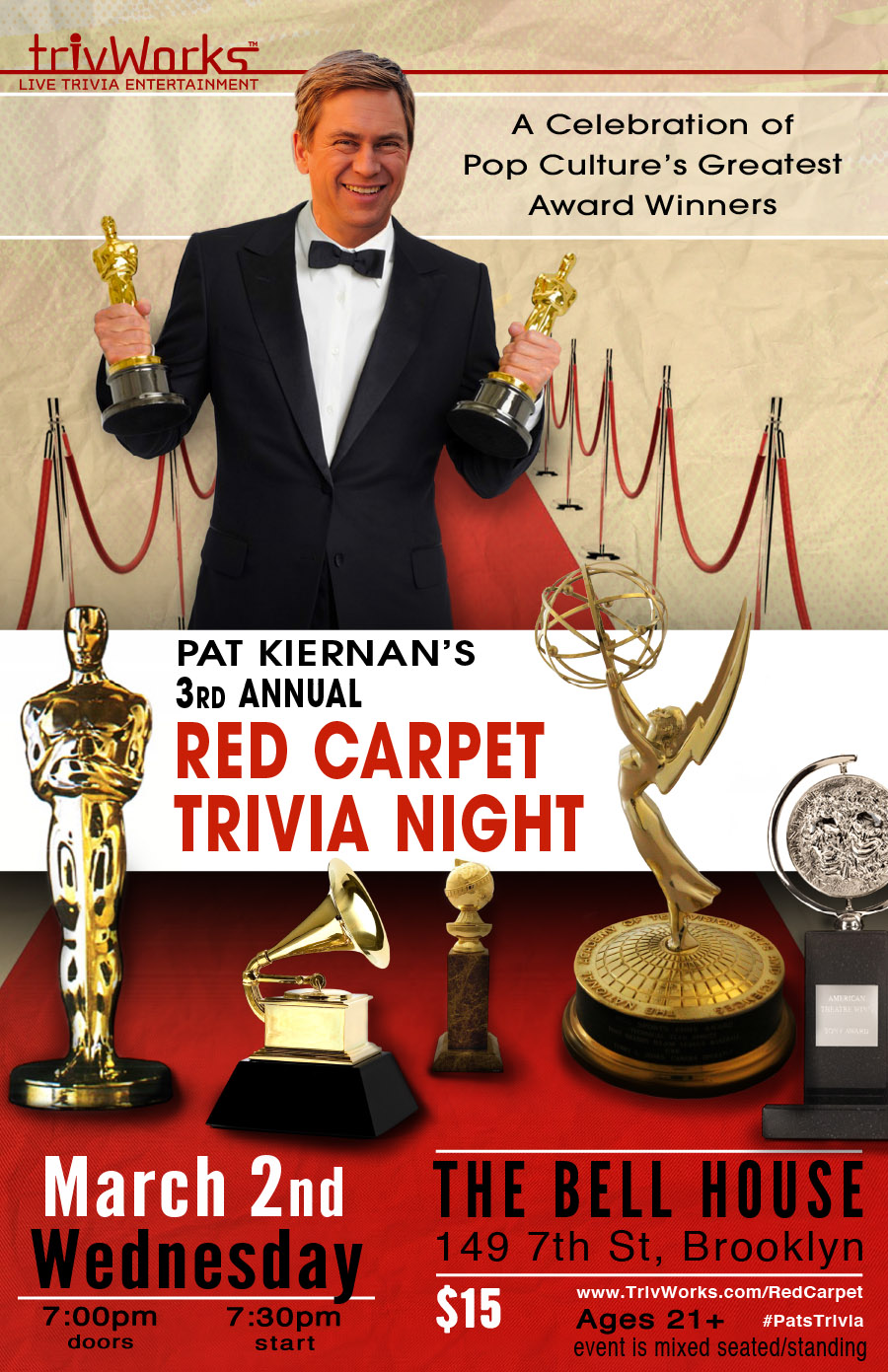 Award season is once again upon us, and TrivWorks is thrilled to announce that we shall be returning to The Bell House in Gowanus, Brooklyn for Pat Kiernan’s 3rd Annual Red Carpet Trivia Night!

Since 2011, we have had the honor of working with Pat – beloved NY1 morning news anchor and former host of VH1’s The World Series of Pop Culture – to produce the largest trivia nights in New York City, and this spring we are bringing back one of his most popular events with an awards-themed trivia contest!

In this raucous team trivia challenge, groups of up to 8 people will partake in multiple rounds of full-room trivia hosted by Pat, covering everything imaginable within the realm of “red carpet”: award-winning movies, TV shows, actors, actresses, recording artists, albums, Broadway shows, books, and everything in between, as well as those unforgettable moments from the awards shows themselves!

In between rounds while scores are tabulated, Pat will invite two lucky raffle winners at a time to be onstage contestants in a series of 1-on-1 trivia “mini game” bouts, for the chance to spin the prize wheel and walk away with fantastic appropriately-themed loot such as shows, concerts, events, food and more! The event culminates with the top two teams participating in a high-stakes, game show-style “showdown” finale to determine who will walk away with this year’s trophies!

In years past, attendees have been treated to special surprises including “paparazzi” upon arrival and an actual red carpet to walk down, plus a few special guests as well…! You can be certain we’ve got even more surprises in store for what will no doubt be another high-energy, laugh-filled trivia night with Pat Kiernan!

We Expect This Event to Sell Out in Advance…

For media or other inquiries, please Email david@trivworks.com