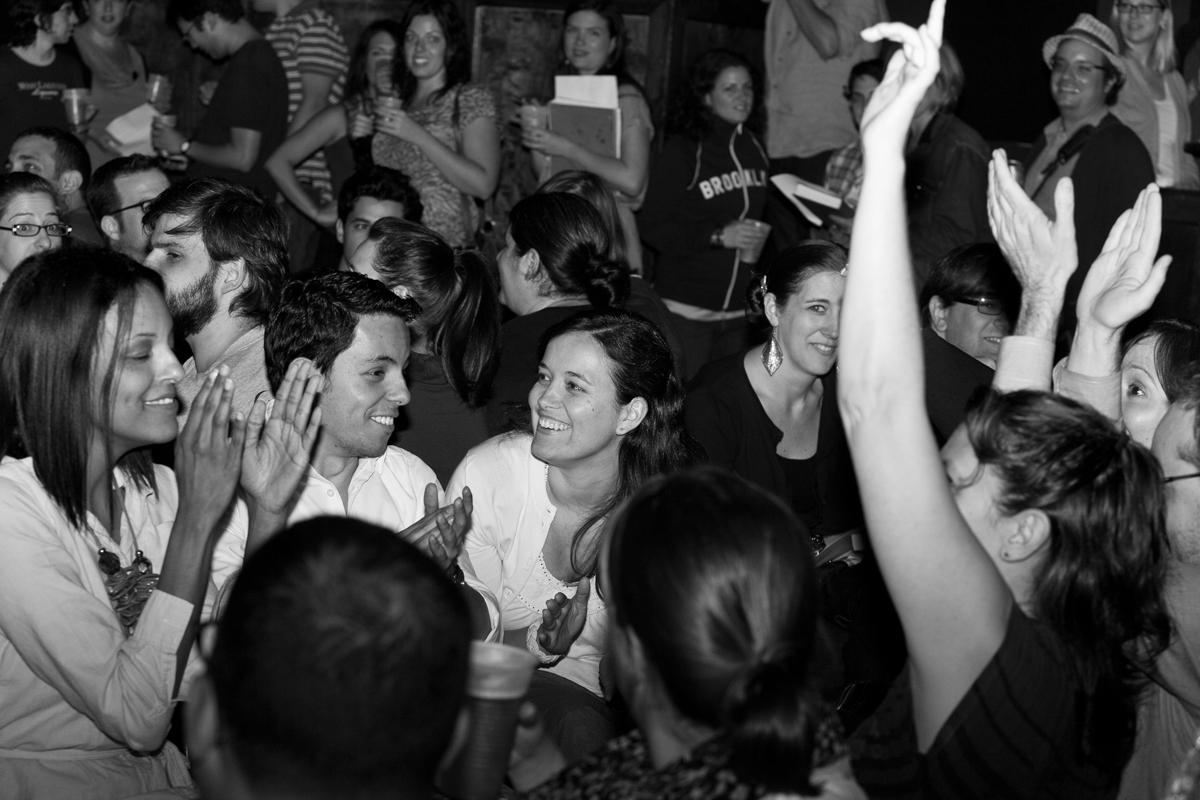 When it comes to entertaining corporate groups in Southern California, New York City and everywhere in between, every office, every department and every team is different. As a vendor of such services, I deal with all types. Sometimes the person who reaches out to me with the initial inquiry is the decision maker, as well as my go-to contact to put the event together. Other times, there’s an entire formal approval process, which may involve a senior manager, or perhaps the consensus of a larger committee.

A few years ago, a major fortune 500 company booked a corporate trivia party with me. I had actually worked with this firm several times before, with tremendous success – however, this company is massive. As such, this gig was with a completely different office entirely, one I had never created an event for before. They had no firsthand experience with my work, or how I do things – notably, my approach to how to customize a corporate entertainment event.

Every TrivWorks event I produce is customized, regardless of the level of production or size of the budget. Having done this for so many years, I’ve streamlined the customization process to just one simple phone call in advance, usually no more than fifteen minutes. I want to make the entire process as easy and turnkey as I possibly can for my clients, who have enough to worry about already (click here to learn more about the importance of making things easy in the client service industry).

For this particular client, the customization call participants would include not only the junior staffer who had found me/made the initial inquiry, but about 3-4 of her other colleagues as well – including the Big Boss, the senior manager who was in charge of everything, and had approved the event. I mentioned that my customization process is streamlined, and I’ve really boiled it down to just the most essential questions I need to ask, to ensure that we can tailor the experience to the specific group in attendance, as well as to their specific goals.

The call began, and I could tell right away that the senior manager was going to be a real pill. Whereas the other call participants sounded excited, almost giddy with the prospect of putting together a customized trivia party for a corporate group, she was terse, unflinching, and completely lacking in humor. I swiftly worked my way through my list of customization questions, until I got to one in particular: would there be any spouses or significant others at this event, or just employees? It’s an extremely important question. Because what I do involves asking people trivia, I want to ensure that everybody in attendance feels like they’re participating, and doesn’t feel left out. If there will be people there playing along who aren’t part of the day-to-day office team, I want to make sure we’re not asking questions which would make the other guests feel like they’re not a part of the fun.

I asked my question, and received a simple reply from the Big Boss: “No.” Wanting to reiterate my concern, I repeated myself: “Okay, got it – so no, there will definitely NOT be any husbands, wives, or significant others, correct?”

I completed the rest of my questionnaire, then went through a brief top-line recap to highlight the most critical customization points, to make sure I had absolutely everything correct. As I was zipping my way through confirming the most important items, I said almost offhandedly, “and this will be JUST employees, NOT significant others?”

“Yes, for the third time.” the manager responded icily.

You could have heard a pin drop on that conference call. No one said a thing, including me – I simply froze, caught completely off-guard, my usually cheery demeanor and practiced rhythm interrupted by this piercing remark. I was able to recover my balance and complete the call, but as soon as I hung up I felt despondent – it was embarrassing, my pride had been wounded and I started beating myself up for it. I started to process what had just happened, but more importantly I was thinking about what the implications were for the event. As a service professional, so much of what I do is based upon the presumed expectation that I will deliver an outstanding product. Having conducted hundreds of similar calls over the years, virtually all end with the client being incredibly eager and excited, looking forward to having a blast.

But this, I’d never encountered.

Where did I go wrong, I wondered? At what point did my client’s perception of me, and expectation of what I would deliver, sink to the level of being rude and curt with me, on a call with her colleagues no less?

I prepared the event as well as any other, putting everything I had into it. I showed up at the gig, which I emceed myself, and it was a huge success – even the Ice Queen came up to me afterwards to tell me so. Not only that, she actually brought me back for another event a few weeks later. So, no harm no foul…right?

Since I’m always seeking the “teachable moments” in these sorts of interactions, I’m not ready to wash my hands of this incident just yet, nor absolve myself of any wrongdoing. In looking back at what transpired here, maybe there were things I could have done differently, in order to achieve a more desired outcome?

Customizing events for corporate groups isn’t a science, so much as an art. In order to tailor an event for a specific group, you need to ask the organizers for two things: their time, and their information. Despite a concerted, conscious effort to make the process as simple and painless as possible, this can still seem like asking a lot – particularly for senior managers who already have a lot on their plates, and whose time is particularly valuable.

In the above case, I could have asked my question about attendees just once. It’s an important thing I have to know, but I could have reiterated that in other ways – perhaps stating that at the top of the question (“This next question is very important”), or highlighting in bold in the post-call recap Email I always send immediately afterwards. This is a lesson I took to heart, and I haven’t repeated this mistake since.

For another useful article on customizing corporate events, follow this link.