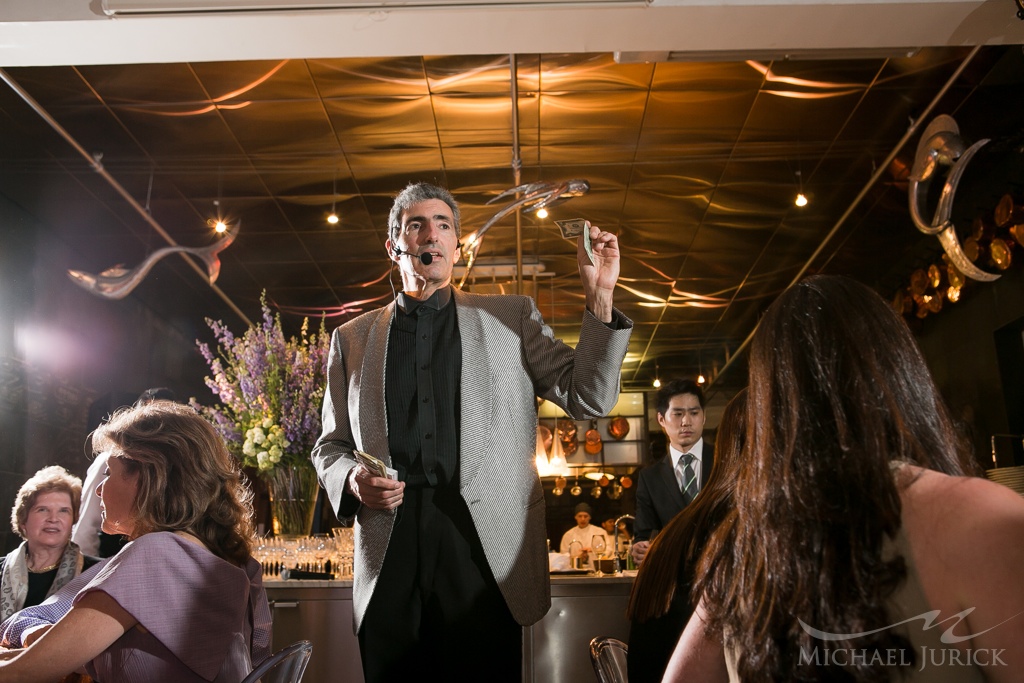 This past summer, TrivWorks announced a new collaboration with veteran corporate entertainer and live game show host Gene Jones. Dubbed “America’s Trivia Guy” by the press, Gene is truly something special. Not only does he have over three decades of experience emceeing corporate trivia events nationwide, but he can do something which I don’t think anyone else in the world can do.

You see, Gene has an encyclopedic memory. He has at his fingertips trivia questions on basically every conceivable category, which he can recall spontaneously. His depth of trivial knowledge is so profound, in fact, that he has developed his own GIMME A HINT! Trivia Game Show format.

So what does he do?

Gene can go in front of a room full of people, and ask someone to give him any category – which he can then spontaneously produce a trivia question about, on the spot. But wait – there’s more! Let’s say that the person answering the question doesn’t know the answer, and is suddenly feeling very much on the spot in front of colleagues. Gene can sense this, and swoops in with a lifeline in the form of a follow-up question, designed as a hint. He will then continue to provide hints, until the participant is eventually led to the correct answer.

You see what I mean by special? No one else can do that. No one, not even me – and I’ve been producing and hosting trivia events for corporate groups professionally for over ten years! Maybe that’s why Gene’s been on The Martha Stewart Show, and I haven’t (click here to see the segment – he’s really something else!)

So when I was called up last month by a prestigious law firm seeking unique interactive after dinner event entertainment for a corporate retreat, I immediately thought of Gene. The firm was planning to bring about 100 of their partners to an exclusive resort in upstate New York for a weekend of team building events, round-table discussions, and “speed dating,” for lack of a better term. What was missing from the agenda, however, was a fun, high-energy and interactive group bonding experience, which would allow participants from various regional offices all over New England to get to know one another better.

Now, I work with many professional corporate event emcees for trivia events, each of whom I would trust in a heartbeat to lead this particular session. Why did I think Gene would be the perfect guy for this? Because he has so many thing he brings to the table. He has deep experience working with senior managers of prestigious law firms and Fortune 500 companies, is immaculately professional , and could deliver the truly memorable and impactful experience which this group was seeking. The client agreed, and we brought Gene aboard!

Gene’s typical performance is a 45-minute after-dinner show, where he works the room like the professional he is, engaging the audience with his charming demeanor and mind-blowing knowledge of –well, EVERYTHING. The TrivWorks format we use is a little bit different, and we were able to adapt it to not only fit the client’s agenda, but to perfectly match it to their culture, as well as their goals and objectives of the program.

Working closely with the client, TrivWorks carefully crafted fifty highly-personalized trivia questions, tailored towards not only the firm and the various practice areas they cover, but to the actual partners who would be in the room as well. We also teamed up with the firm’s in-house marketing and design department, to produce a beautiful PowerPoint slideshow which would run concurrently with the team trivia contest. Fantastic prizes were lined up, as was our event staff: a professional onsite producer to facilitate the event setup/execution, as well as a team of production assistants to pass out, collect and tabulate answer sheets.

On the night of the event, guests arrived at the hotel lobby for a cocktail reception, during which time our producer engaged the audience with some fun and casual “roving” trivia entertainment, to get them warmed up and excited about the main event to come. After enjoying a plated dinner, Gene Jones hit the stage, and kept the enraptured audience engaged for a solid 90 minutes!

The event was a huge hit, and was received incredibly well by the attendees. Moving at a quick pace to fit in all of the custom-written questions, Gene would announce the trivia to the room, allowing teams about 10-15 seconds to collaborate before writing their answers on provided answer packets. Each table designated not only a “Scribe” (who hopefully had the best handwriting), but also a “Runner,” whose job it was to deliver completed answer sheets to the scoring table at the conclusion of each round.

It is at this point when things REALLY got fun, because now it was time for Gene to do his thing!

While the answer sheets were being tabulated, Gene worked the room by announcing fun pop culture trivia questions, all appropriate to the audience. The first person to get the answer right was rewarded with – get this – a $2 bill! In fact, every single person in that room who got a question right was handed a $2 bill. I loved this, and so did everybody else. Why? Because the $2 bill is one of those novelties that you NEVER see, or even think about – until, that is, a guy like Gene Jones starts handing them out as rewards. Highly memorable and impactful, indeed!

When our grading team was finished with the scoring, our producer would announce via his own microphone to Gene that we were ready to reveal the answers to the previous full-room round, as well as the current standings. This was repeated a total of five times, until the event concluded with the winning team recognized as the ultimate event champions.

The client was so thrilled with how everything turned out. I got an Email the next day, which said the following:

“Thanks for your good efforts on putting together an entertaining evening. The game was a big hit with the partners and Gene was everything you had promised! I hope to be able to work together with you again.”

You know what? You can’t beat that!