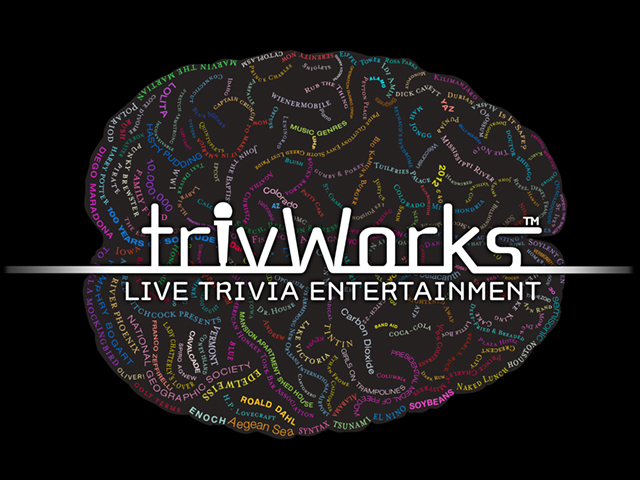 May 10, 2016 – Brooklyn, NY – TrivWorks™, a corporate event entertainment and employee team building company specializing in live trivia, shall be expanding its operations to include the West Coast beginning July 2016.

Established in 2009 in direct response to the global economic crisis as a means for cash-strapped companies to boost morale and reward overworked employees, TrivWorks™ has since grown to become one of most sought-after New York City metropolitan area event entertainment and group bonding vendors. Specializing exclusively in live customized trivia events for corporate audiences, demand for TrivWorks’™ uniquely engaging, edgy and laugh-filled experiences has grown exponentially over the years to include a diverse roster of Fortune 500 companies across various industries, all along the East Coast. Through this expansion, TrivWorks’™ distinctive services shall now be made readily available to company employees, clients and brand enthusiasts along the Pacific Coast as well.

“Demand in recent years has increasingly brought us outside of the New York area,” says TrivWorks™ founder David Jacobson, a seasoned event programmer and professional trivia host with 15 years’ event experience in New York City. “By establishing a permanent presence in Southern California, we can now provide corporate audiences on the West Coast with the same professional event entertainment, team building and brand engagement services we deliver on the East Coast.”

TrivWorks™ shall be establishing its West Coast office in Long Beach, CA, conveniently located in between Los Angeles and San Diego. While its primary target audience will be Southern California, companies along the entire West Coast and surrounding states will be within its area of service. TrivWorks™ shall continue to offer its services to both new and existing clients in the New York City metropolitan area, and maintains a flexible capability to produce events nationally as well.

“When I started this company seven years ago as a side business, I had no idea it would one day bring me to California,” says Jacobson, a lifelong East Coast resident who will be relocating from Brooklyn to Long Beach, CA to oversee the expansion. “It is truly an honor to now take TrivWorks™ bi-coastal, and I can’t wait to share what we’ve built in New York with audiences all along the West Coast and beyond!”