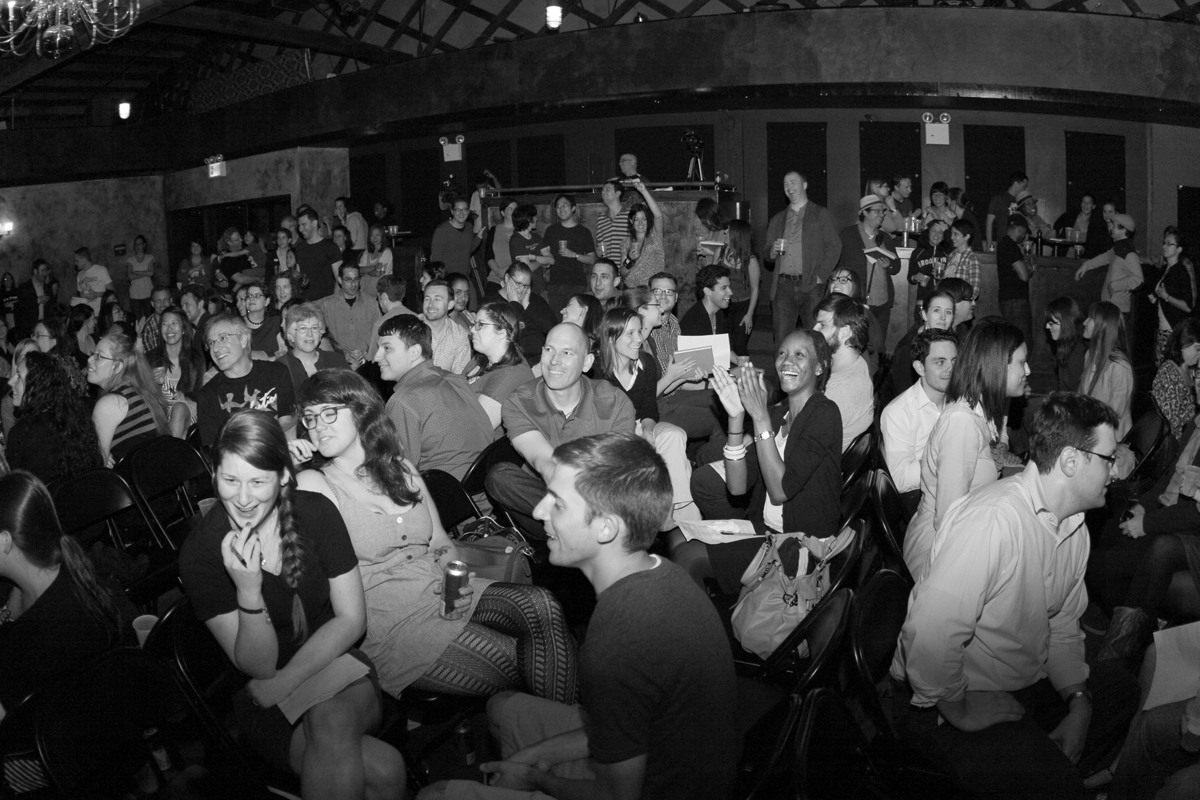 I can’t remember the exact date, but I do know that it was in August of 2006 when I first picked up a microphone and hosted my inaugural trivia event. A decade later, I’m still doing it – professionally, as my livelihood, and very much to my surprise!

When I first started blogging over five years ago, it was one of the first posts I put up – how I got into this unique line of work. To this day, it’s still the most commonly-asked question I get from people: how did I get into this? You can read more here if you like, however in a nutshell, here’s how it went down.

It’s 2006, I’m 29 years old, single and living on Manhattan’s Upper East Side. Earlier that year, I had gotten a new job at the 92nd Street Y, a major cultural and community center, programming adult education and enrichment events. The pay wasn’t good, as is often the case with junior programming positions within nonprofit institutions, however the work schedule was. On paper, my schedule was Sunday-Thursday, 12-8pm – though in reality, I knew how much work I had to do, and could basically create my own schedule around it.

Fast forward to summertime, and I found myself hanging out with friends one night at The Gael Pub, a brand-new Irish bar about a block from my apartment. The place was big, but not a lot of people were inside – maybe a few clusters here and there. Out of nowhere, the music cuts out and this guy’s voice starts pumping through the sound system – welcoming us to quiz night!

I’d never heard of bar trivia before, let alone played it or hosted it. Apparently, it had been around for ages across the Atlantic, particularly in Ireland and Great Britain – and was just now making its way to the U.S. All of the “teams” present received a golf pencil and a few scraps of torn-up paper, were told to come up with team names, and were treated to several rounds of themed trivia questions. I remember it being low-key, but incredibly entertaining – especially for a few single guys out on a summer Tuesday night.

Our host that evening was an American patron like us. He was funny and witty, and I really liked the way he engaged directly with the crowd, thin as it was. As I would eventually learn, he had been approached by the Irish bartender, Paul, to host their own version of an Irish pub quiz. In exchange for his quizmaster services, Paul let the guy stand behind the bar for the 2-hour event, and basically help himself to whatever he wanted to drink for the duration.

My friends and I enjoyed attending the pub quiz for a few weeks, but then one night in July we showed up, and something was different.

There was a new host.

It seems that our beloved quizmaster had gotten a wee bit too comfortable in his station behind the bar, and had been gleefully helping himself to copious amounts of top-shelf liquor. After the previous week’s quiz, he apparently had one too many, and got into a fistfight with another patron – and was promptly “let go” as a result. His replacement was anther bar patron, and to put it mildly, she was awful. She had zero personality, zero sense of humor, and took FOREVER in between rounds to do the grading. Really, she was the worst.

My friends said to me, “Dude, YOU would be perfect for this!” I was skeptical, since I have zero background in acting, standup comedy or the like. But they eventually convinced me. The stakes were extremely low, after all (we’re talking about 20 people in a bar on a Tuesday – a bar that’s a block from where I live). I have the right personality, they said, and with my flexible work schedule, it’d be no big deal to host trivia night from 9-11pm on a weeknight.

I went up to Paul the bartender, and told him I was interested.

About two weeks later, I get a frantic call from Paul on Tuesday afternoon, saying that his new “quizmistress” had quit on him, and he needed a replacement, stat. With zero preparation, I showed up that evening, was handed a quiz Paul had written, was told how to use the microphone – and, well, that was it.

So much has happened in the ensuing decade. I wound up hosting trivia at The Gael Pub every Tuesday night for five straight years, and was blown away to see it become one of the most well-attended, most-written about trivia nights in New York City. I also was asked to host pub quiz at Social Bar & Lounge in Hell’s Kitchen, which I also hosted for about five or six years. Three years after that first trivia night, I started TrivWorks as a company intended to provide team building and NYC company event entertainment, and two years after that was able to take it full-time. I’ve since established partnerships with celebrity and special-talent event hosts, built a robust client list of Fortune 500 businesses, been featured in a variety of top-tier consumer and trade press, and created the largest trivia nights in all of NYC at The Bell House in Brooklyn.

When I think back to that first night ten years ago, however, I remember feeling a bunch of things. I was anxious at doing something I’d literally never done before, in front of a group of strangers no less. I was kind of awed at hearing my voice come out over the speakers, and at the reaction I got out of people just by making the same dumb corny jokes and snarky witticisms that I used with my friends. But it also just felt so cool and liberating to be doing something like that, in a public forum, entertaining people and making them laugh in a way I hadn’t even known was possible, let alone considered.

It’s been an amazing journey, one which has now even brought me out to Long Beach, California to establish a West Coast presence as well. But I owe it all to that first night hosting pub quiz ten years ago at The Gael Pub, which started me out on a new path which I have been journeying down ever since.