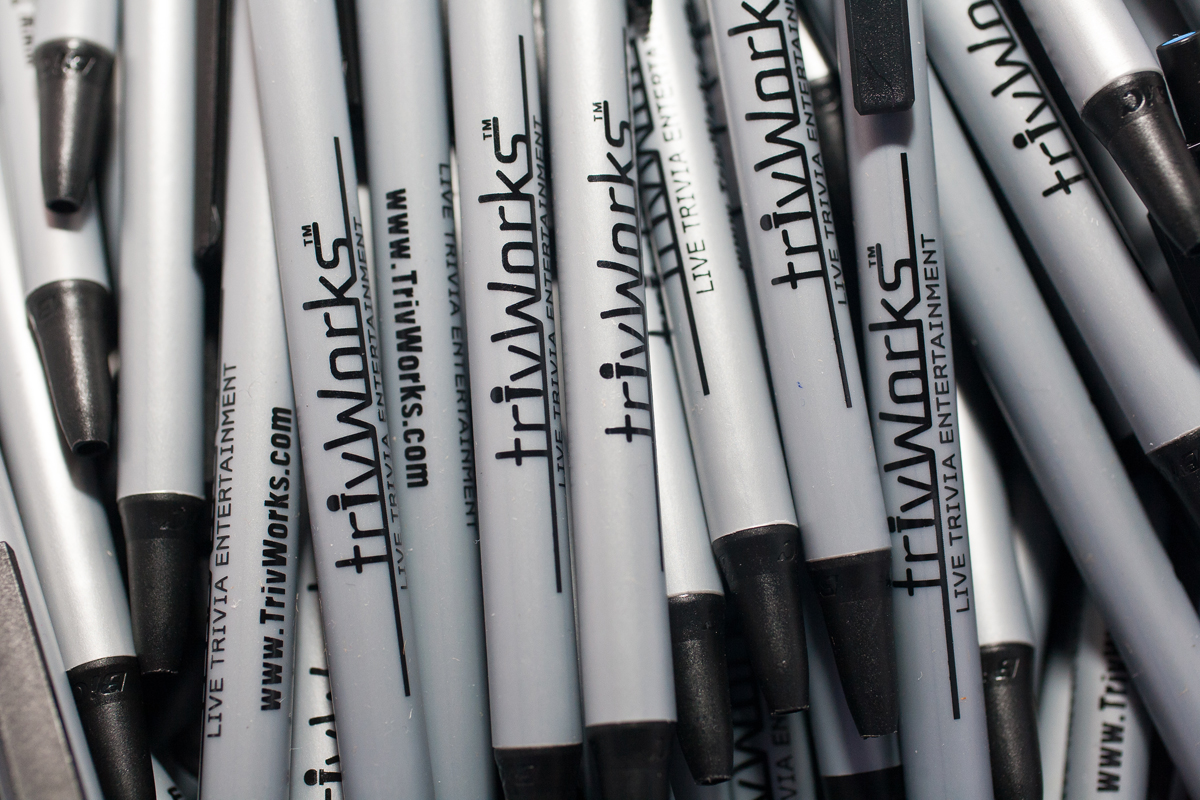 I’ve just reached a milestone of sorts. December 15th, 2011 was the last day I worked as an employee for somebody else. After six years of programming adult education events and classes at the 92nd Street Y, a New York City cultural and community center, I packed up my office, turned in my ID badge, and set out to become my own boss. The plan? Take TrivWorks – my production company providing corporate trivia events in NYC, which I had established two years earlier as a side gig – and do it full-time.

For exactly six years I worked at the 92nd Street Y, making it the longest-held job I’ve ever had.

That is, until now.

As of this moment, I’ve been gainfully self-employed by TrivWorks as my sole form of income for OVER six years. It is now the longest I have ever worked at a single organization, a fact which I am immensely proud of.

As with my previous longest-term employer, my role has changed and grown since I first embarked on this journey – as have I. So I thought it would be fun to take a look back on just how things have evolved since that fateful moment just over six years ago, when I leapt from the stability and security of full-time employment to try and make it as a self-employed entrepreneur. Read on!

First off, TrivWorks is no longer just me. As I wrote about in this previous post, when I started that first day of self-employment in late 2011, I was the only guy in this whole operation. I was personally emceeing every gig, crafting every trivia question, responding to every inquiry, making every sales call, writing and distributing every press release, drafting every contract, publishing every blog post, emptying every recycling bin – everything. It was the classic entrepreneur story.

Today, I work with no fewer than ten highly trained professional event emcees and producers, each of whom has years and years of experience entertaining corporate audiences. I would trust any one of them in a heartbeat to do what I previously only felt comfortable doing myself: going up in front of professional audiences, and producing a world-class corporate team trivia event.

In addition to these new hosts, I now offer an array of whom I call “Special Talent” emcees: people with unique skills, talents, or abilities who can enhance the overall experience, to make it that much more enjoyable, entertaining and memorable. I still work with NY1 anchor and former VH1 The World Series of Pop Culture host Pat Kiernan, however I now also have hosting partnerships with comedian Christian Finnegan, illusionist/mentalist Ryan Oakes, America’s Trivia Guy Gene Jones, PowerSuit Improv, and improv comedy troupe Broadway’s Next Hit Musical. Each of these new emcees bring years (even decades) of corporate event entertainment experience, and deliver the type of first-rate performance anyone who hires my company to engage employees, clients or prospects would expect.

Six years ago, I was offering my clients essentially one service package. That package – emceed by me – consisted of a classic team trivia contest, made up of multiple rounds of full-room trivia. While the content was indeed customized and tailored to each specific audience, there really was no versatility in the offering itself: it was the same experience, personalized for each client.

Today, the situation is entirely different. It’s incredibly rare for one of my events to be made up simply of team trivia rounds, with social breaks in between while grading is done. Instead, we now aim to create a seamless interactive entertainment experience, utilizing several different yet effective interactive engagement tools.

First off, at a bare minimum I now offer head-to-head trivia “bouts” in between rounds. Formerly only done by Pat Kiernan when we would produce public & private events together, I decided about five years ago to make it a standard part of the experience. After full-room answer sheets are collected for grading, the emcee will invite two (sometime more) participants up onstage or to the front of the room, to participate in a game show-style, on-on-one contest. It’s hysterical, engaging for the entire audience who is cheering the contestants on, and provides a great memorable moment for everybody while the grading is being completed.

Then a few years ago, I decided to merge my passion for producing company trivia nights with my love for karaoke. This format is so cool, and works so well (I just produced a trivia/karaoke event up in Pasadena, CA yesterday, as a matter of fact). What happens here is we show up with professional karaoke software and song books; in between rounds while the grading takes place, we invite (or command) individuals or entire teams to go up and belt out tunes, which have either been selected by the participants themselves, or assigned by us. It’s HILARIOUS, and just a complete blast!

Last year, we also started offering minute-to-win-it style physical challenges as an engagement activity in between rounds. These are just so much fun, and range from traditional party games, to relay races, to eating contests! It’s really proven to be a phenomenal way to keep the audience active and the energy high while we score, to help ensure a seamless experience.

We also now offer “roving” trivia as a pre-event or stand-alone offering. Modeled after other types of “roving” entertainment for corporate events, our emcees and event production staff can informally work the room during the cocktail hour or meal, asking fun trivia questions to get the crowd fired up and excited about what’s to come.

Finally, I took another page from the Pat Kiernan playbook and started offering a game show-style “showdown” grand finale as an option. The idea here is to culminate the event by taking the top two teams, and have them participate onstage in a high-stakes final bout to determine the overall winner. It used to be just Pat’s events where we did this; I now offer it to anybody who wants it, regardless of the emcee.

Here’s another new offering I’m particularly proud of: the introduction of a professional DJ to the mix! We always have music playing throughout our events, to help create a party atmosphere and ensure there is no “dead air” while announcing trivia questions, answers, etc. However, for clients who wish to enhance this experience, I now work with DJ BayBFace, an internationally recognized disc jockey who spins literally all over the world. Not only does he have phenomenal music playing before, during and after the event to keep the energy level high, but he is an expert at reading the audience, working in tandem with our emcee to react in real-time to whatever is happening in the room. The result is just awesome – I like to describe it as the TV show Ellen, only with more trivia and spontaneity. Very cool indeed!

Of course, these past six years have been a whirlwind of personal changes for me as well. On my first day of full-time self-employment, I was living in a 3rd floor walk-up apartment in brownstone Brooklyn with my 9-month pregnant wife. Six years, three homes and two kids later, we all live in the Los Angeles, California suburb of Long Beach. I’ve gotten better not only at emceeing and producing trivia events for corporate, but also become an expert at successfully operating as an “executive producer,” overseeing the planning and execution of these events from afar without having to personally attend. I’m sleeping much better than I did those early years, as I’ve gained enormous confidence in my ability to not only help support my family doing this crazy trivia thing, but to do my job well.

I’ve even grown a beard!

It’s been an amazing first six years “on my own,” though as this post describes I am anything but that. I am eager for the next phase of TrivWorks as we enter 2018 and beyond, and to share with you some of the exciting new things which are in store – though hopefully I won’t have to go through something like this!