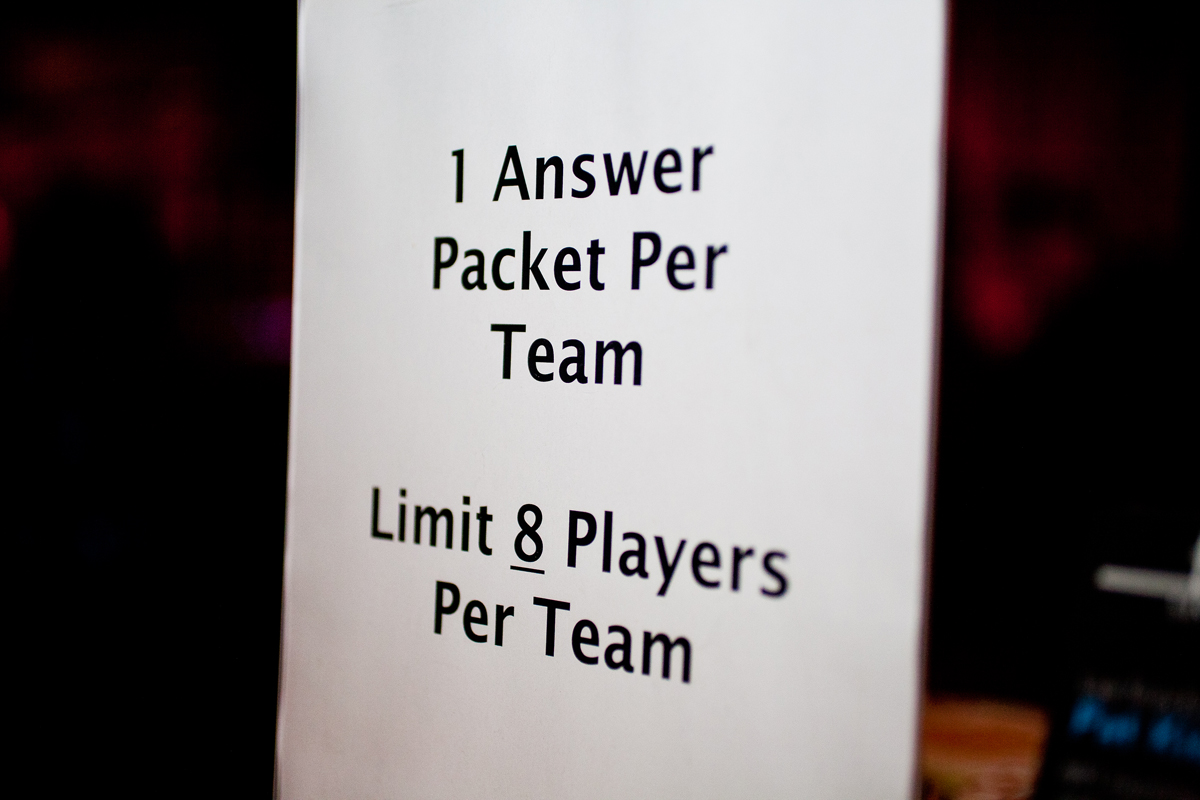 It’s that time of year again!

All around the country, at organizations large and small, individuals like you have convened in committees (or are perhaps flying solo) to put together the annual office holiday party. Whether you’ve been at it for months already, or are only now just starting to think seriously about it, the season is fast-rapidly approaching, and it’s almost go-time.

As a longtime producer of corporate holiday party entertainment in New York City, Southern California, and everywhere in between, this is one of my busiest times of year. I get calls from all over the place from people just like you – among the most-common themes I hear are:

I love fielding these calls, because what the callers are seeking is directly in my wheelhouse, if you will. Read on!

Why Trivia Works for Holiday Parties

I’ve been producing team trivia for corporate groups for over ten years, and know firsthand how it hits on each and every one of the above points. Not only is it fun, competitive and social, but I love how customized it can be: I truly can fine-tune the material to be tailor-made for the EXACT audience in attendance.

That said, it is important to note that holiday parties are unique from other types of company party entertainment and team building activities. In a holiday party setting, since we’ve got not just folks who work together day-in and day-out, but spouses/significant others as well. We want to make sure these people are feeling included and participating, and not left out of the festivities.

Also different at these events: they’re really intended to be social and interactive. For many organizations, this really is the one time of the year where people can relax and get to know one another in a non-work setting (although it’s still officially work, and people are expected to behave as such – click here for another article on that). It is CRITICAL that there be ample time for free-socialization, mixing, mingling, etc., and that the event not be completely dominated by the entertainment – no matter how much fun it might be.

With that said, there are really two different types of company holiday party entertaining ideas out there: structured, and casual. Which is best for YOUR event? Well, that depends upon the type of experience you are looking to deliver for your audience. Let’s look at both types separately, and the pluses and minuses of each.

This is any type of entertainment which requires the entire room’s complete and undivided attention. It could be passive entertainment, such as a show, concert, or other performance, or an interactive game show like TrivWorks produces, where the audience actively participates and engages. But the general concept is the same: everyone is focused on what’s happening, with eyes up on stage, and the whole room sharing the same experience together as a group.

There is absolutely a role for structured entertainment at a company holiday party. As I indicated above, a lot of people are looking to more than just have everybody standing around eating and drinking, waiting for the speeches and awards to happen before grabbing their jackets and bailing out. Another thing folks tell me when they call is that they are looking for something enticing and compelling, which will make people actually want to stick around until the end. In such cases, a structured show or activity is an excellent way to go.

Of course, this is only the case if the entertainment is ACTUALLY enjoyable; people have to legitimately want to be there, to enjoy watching the show, playing the team trivia competition, etc. If the act or game is cheesy or lame, it’s going to actually have the exact opposite of your intended effect: people will feel disengaged, demoralized, and decidedly NOT in the festive holiday spirit (as this case study about the worst holiday party ever woefully describes).

However, as mentioned above there is a limit to how much structured entertainment is appropriate in a company holiday party setting. If you’ve got the event space for three or four hours – which is fairly typical – you’ll want to have at least 30-60 minutes at the beginning for people to arrive, grab drinks and just hang out a bit. If you’re serving a meal, you’ve got to make sure there’s time for that; only THEN can you introduce a structured activity or show, which CANNOT last until the very end of your allotted party time. You must make sure there’s still time afterwards for people to continue socializing.

What’s nice about having causal entertainment is that it’s just that: casual. There’s no need to have everybody gathered together in one place, to have them all be focused on the same thing for a set period of time. Rather, the entertaining is completely informal, and occurs while the rest of the party is happening.

“Roving” or “stationed” entertainment are the two most-common forms. What’s nice is that they’re not mutually exclusive, either – they can both be done in tandem. Very often – particularly when providing entertainment for office holiday parties – what I’ll do is send two or more performers to provide this sort of two-pronged approach. One of my emcees will run a head-to-head trivia “station,” pulling people who approach or walk over to come up and participate in 1-on-1 trivia bouts, for the chance to get some laughs and win prizes. Simultaneously, I’ll have one (or more) performers informally working the space with “roving” trivia, asking questions to small groups of people.

This entertainment format is also quite useful when the event space doesn’t lend itself to a full-blown show, spectacle or interactive entertainment experience. If you’ve got 400 people coming to a party and there’s no “main room,” only a collection of connected spaces, nooks and balconies, you’re going to have a hard time collecting EVERYBODY together, even for something as basic as a holiday party speech, let along an activity. In such cases, “roving” and/or “stationed” entertainment is really the best way to go.

The problem with these formats is that unlike a structured event, the whole room won’t have the same shared experience. There’s what we call a “water cooler effect” at these events, whereby people who didn’t even interact with each other at the event still had the same experience, and can talk/reminisce about it afterwards back at the office. Such bonding experiences are really important for establishing and building workplace relationships, and can be an incredibly effective morale-boosting force. With casual entertainment, it’s hard to have that happen.

It’s also hard to reach everybody. If the audience is massive and time is limited, there’s no way that the entertainer or entertainers can guarantee that EVERYBODY will get a “touch” everyone in the space, no matter how hard they try. It’s just not possible. You’re always going to have people who said, “Oh yeah, I saw that guy working the space or in the corner at a booth, but didn’t go over there” – or, more regrettably, “I didn’t see him/her at all.” This is a serious drawback to casual entertainment, and is why I like to have at least two performers going at any one time. But it’s not a perfect solution.

So, which should you use? I can’t answer that – only you can. Depending upon the experience you want for your guests, what they are expecting, the space, time, agenda and a host of other factors, you may find that you may only be able to do one format versus another.

Something else to consider: do both.

At the vast majority of my team trivia events, we have the emcee (and oftentimes production staff as well) do up to 30 minutes of “roving” entertainment during the arrival & cocktail period, just to get the crowd warmed up and psyched for what’s coming later. We will then kick off the team trivia competition, either immediately following the roving or, more commonly, as an after-dinner entertainment activity. Offering up this nice combination of casual and structured entertainment ensures we are offering a full range of entertainment formats, to help guarantee a fun and memorable experience for the entire audience.

Just know that regardless of which format you use, your audience will appreciate it. Employees work very hard throughout the year, and the fact that you’ve made the effort to bring in some professional holiday party entertainment goes a long way to showing how much you care for and value your colleagues. It doesn’t have to be that fancy, and it doesn’t need to overtake the entire party; just having something there in addition to food and booze will be seen as a very positive – and welcome – gesture.