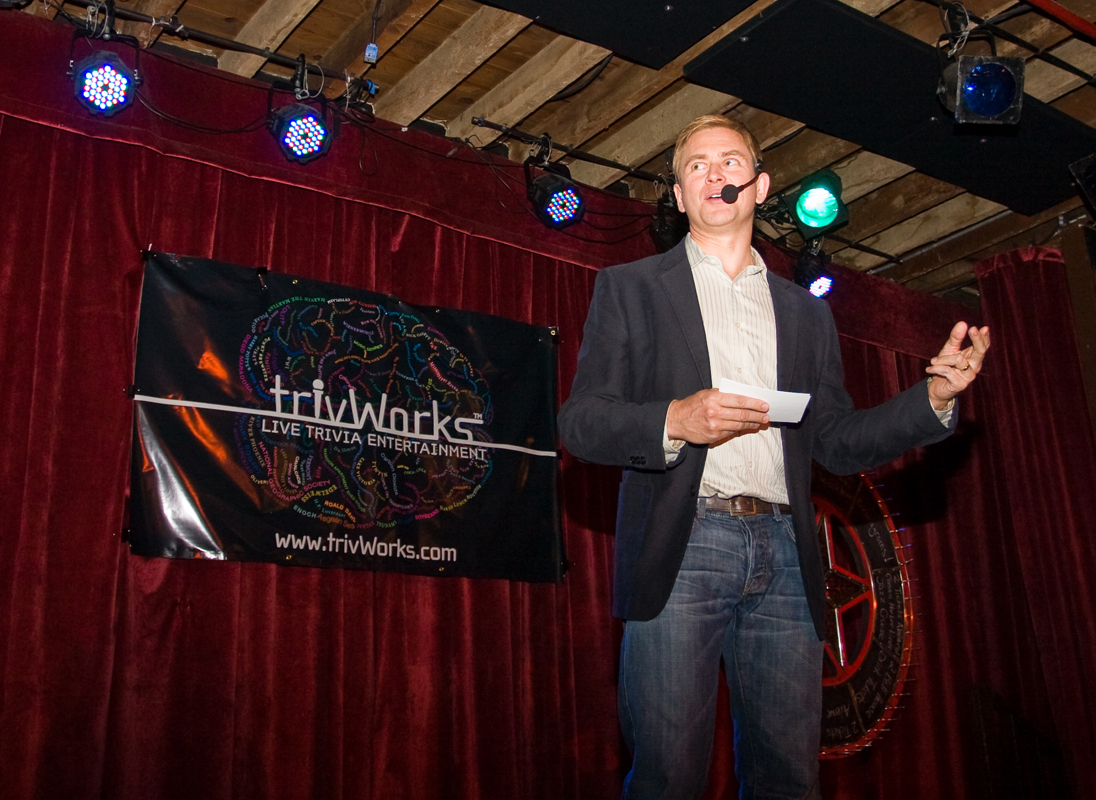 Back in 2009, when I decided to launch my own company dedicated to creating team building trivia contests and unique corporate entertainment ideas, NYC and beyond, I had a very clear decision to make. Simply put, I could either do one of two things: make the company all about me – my skills, my experience, my personality, make myself the star of my own show and plaster my face on everything; or, create a separate entity – a brand I could stand behind.

For a number of reasons, I chose the latter (not least of which was nobody would hire a company called “DaveWorks”). What creating the TrivWorks brand allowed me to do was make this trivia hosting thing bigger than just me; it established something which I could build upon. No longer limited to wherever I could personally be or what I could do on my own, I could now expand to achieve bigger things, to entrust others to represent me and my reputation in a way which I simply couldn’t if my product was called, “The Amazing and Awesome Trivia Host David Jacobson.”

One of the greatest – and luckiest – things to happen as a result of this decision was my fortuitous collaboration with Pat Kiernan, longtime NY1 anchor and one of New York City’s most-recognizable, most-beloved media personalities (I recently wrote about how this special partnership came to be – learn more by following this link). We are now 5 years into our alliance, and it’s been an absolute joy. Every event I do with Pat, both for company parties as well as our massive pop culture trivia nights in Brooklyn at The Bell House in Gowanus, I view as an honor and a privilege, and I learn something new from him. Each and every time.

Those who have attended one of Pat’s events – public or private – know that he is simply an amazing quizmaster. But what is it about him that makes him special? Here’s what I’ve observed in my time watching Pat do what he does so well, and why in my opinion he’s simply the best there is – a fantastic choice to moderate quiz shows, both live and on television:

He’s a Veteran TV Game Show Host – Pat has tons of unique experience in game show hosting, including Studio 7 on the WB Television Network and Grand Slam on GSN, as well as Crowd Rules on CNBC. He and I originally began working together following his successful run hosting VH1’s The World Series of Pop Culture; the wildly-popular tournament aired nationally for two seasons, and to this day still has a devout following of pop culture enthusiasts and trivia lovers. It also helped make Pat a known figure to audiences in every state, well outside of the Big Apple and his native Alberta, Canada, where he has long been a well-known media personality.

He’s a Well-Known Media Personality – Pat has spent nearly two decades as NY1’s morning news anchor, providing a smart, witty wake-up to about a million people every day in the largest media market in America. His face is the first which many New Yorkers see when they start their day, and he is as familiar a presence on screens throughout the city as they come. He is so recognizable, in fact, that he is frequently asked to portray himself in Hollywood feature films and nationally-syndicated scripted TV shows. He was also in the running to fill the vacant chair on the morning talk show Live! with Kelly, taking three turns as co-host alongside Kelly Ripa.

He Knows Live Audiences – One of the first things Pat told me when we met was, “Live TV really is live.” It takes a tremendous amount of skill and discipline to handle yourself professionally in a broadcast role, and that comes with years of experience. Whether he’s in front of the camera or onstage in front of an audience, when he’s mic’d up, he absolutely knows what he’s doing.

He’s Hilarious – Both live and TV audiences want to be entertained, and humor is perhaps the greatest way to do it – provided, of course, you’ve got a good sense of humor. Pat’s got it. At each of our events we do, there are two things you hear most from the crowd: cheers, and laughter. On TV as well, Pat cracks us up with his dry, deadpan wit. It’s why we watch him, and helps us start the day with smiles on our faces.

He’s Built For It – Something else I’ve observed about Pat: he’s got excellent left/right brain skills. Most folks who watch him every day on TV and attend our live events know he’s incredibly sharp-witted, and that he’s got a fantastic sense of humor & delivery. But he’s a natural pragmatist also, who knows how to make things work effectively & efficiently, as well as fix problems as they arise. What’s more, he’s incredibly attentive to details – when it comes to the facts, he’s a perfectionist. In the high-stakes world of emceeing live contests, he’s got the skills and temperament to be both entertaining and practical.

He Screams Integrity – Probably above all else, Pat is just a really great, honest guy. Maybe it’s an impartiality developed from years of delivering the news, but we New Yorkers trust Pat; if he says it, it must be true. With competitive event hosting, once the game begins, he truly has no agenda other than to ensure a fair game play, and both the contestants and spectators alike seem to grasp that instantly.

If one were to make a list of all of the characteristics the perfect trivia host would have, you’d really be hard-pressed to find someone more qualified than Pat Kiernan. I have no doubt he’s going to be scooped up again soon to host another nationally-syndicated game show, and can’t wait for that day to happen – in the meantime, I’ll be standing to the side of the stage at The Bell House and at our corporate events, watching the master at work.

(Our next Bell House event with Pat is March 2nd – join us!)